I’ve never been one to shy away from a challenge, and flying solo with my daughter was certainly going to be a challenge on our long haul flight to Singapore. Now, I’ve done the long haul flight with both my children last year to the Bahamas and that went well; firstly because my daughter was between 5 and 6 months old. That meant it was easier to feed her, carry her and getting her to sleep wasn’t too much of a problem. My son is a seasoned flyer and has always been easy to entertain so I didn’t find that particular journey stressful; but this time round, it was eventful.

It was a choice to fly to Singapore via Istanbul. A direct flight was approximately 13-14 hours long. The thought of doing that with a ‘busy’ toddler just didn’t appeal to me but it had to be done, after all, we were off on a family holiday. 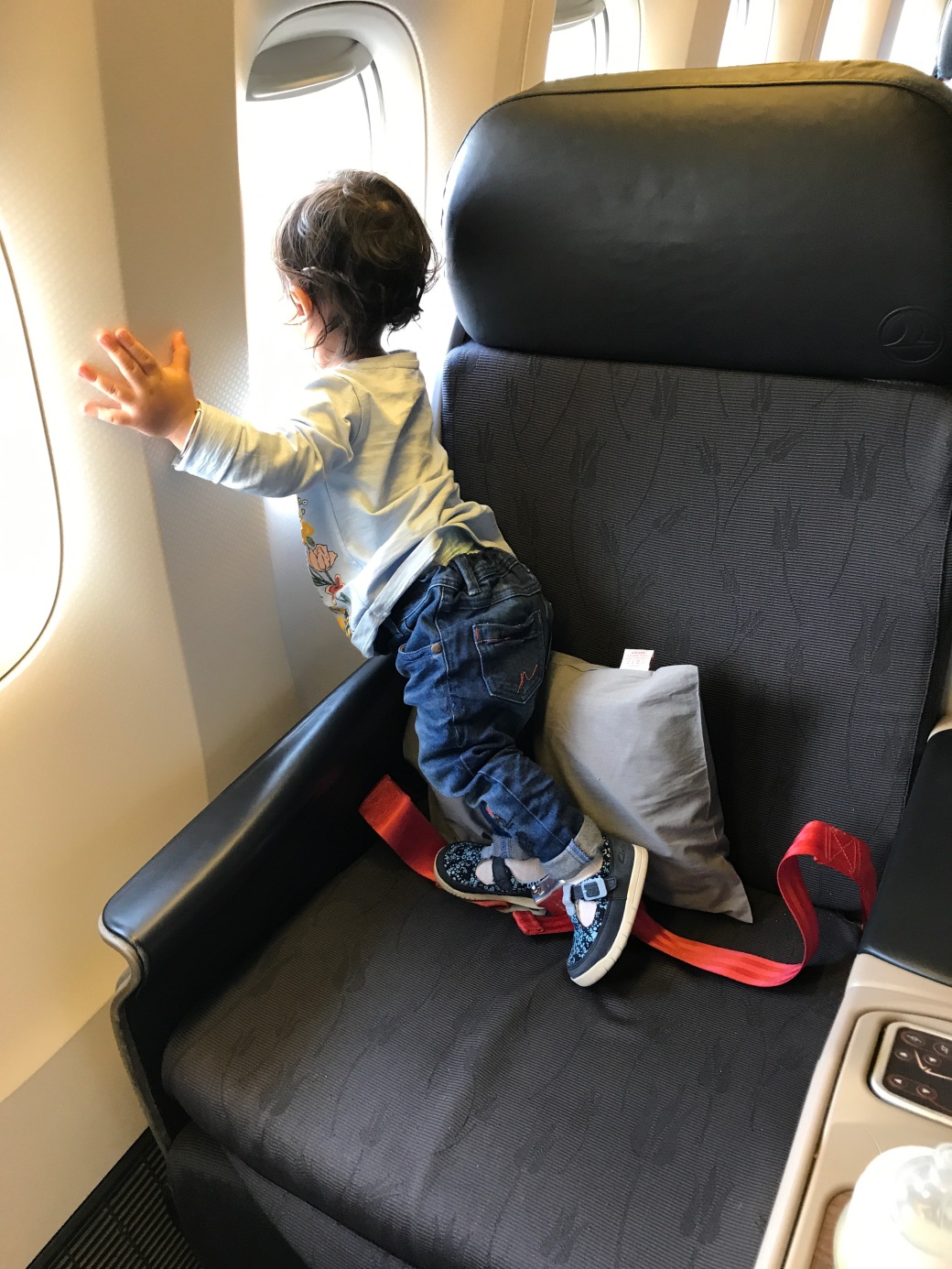 Take off was a challenge, we were delayed on the tarmac at Heathrow for 45 minutes and how they expected her to sit still with a seatbelt attached to her was beyond me, especially since the plane was not moving. So instead of listening to her scream, I removed the seatbelt and let her walk on the floor until it was time to take off.

Up in the sky things didn’t get better, she refused to eat, perhaps due to teething (the canines were popping through)and also, it was her bedtime so she wanted to sleep and since I couldn’t just put her down to sleep in a cot, I opted for rocking her to sleep but not before she wailed for 15 minutes. (Poor people on the plane). No one complained or even batted an eyelid to me and the very lovely professor who sat next to me was very understanding. Soon enough she fell asleep for a grand total of an hour and a half, during which I ate my dinner. (Quite nice food actually!) I spent the last hour and a half of the first leg of our journey singing nursery rhymes, reading books, watching songs on the iPad and letting her walk around the plane.

Truth be told, even though breaking the journey up by having a transit stop made the time to get to our final destination longer; I welcomed the stop. The airline had my push chair brought to the plane side after we landed and I didn’t need to worry about the rest of my luggage as it was tagged to the final destination.  Getting off the plane at that point meant that I could stretch my legs, freshen up and grab something for my daughter to eat (in case she was hungry). The airport was busy and luckily the gate was the same as the one we got off at so I didn’t need to go far… but me being me I went for a jolly! It was easy to get refreshments and I did a quick change of clothes for myself and my daughter. Something comfy to sleep in. Soon enough we were back on the plane and in the air for the next 10 hours.

Luckily, I had clocked that my daughter maybe teething so I bought some paracetamol at Heathrow. I gave her a dose before bedtime with the hope she’d manage some food but by the time food came round, which was in the first two hours of flying, she had fallen asleep. No fuss, just her milk and she was snoring. ☺️

Happy days…. She managed 6 hours of sleep and I got 4. We were arriving in Singapore at night so we would only be going straight to sleep once we got ‘home’; so a little sleep deprivation was ok. I was hoping it would help the jet lag (it didn’t, am awake writing this at 3am).

When we both woke from our sleep, we still had 4 hours to go and so I spent 4 hours entertaining my 18 month old daughter by singing, reading, watching programmes I’d downloaded on the iPad and letting her walk around. Again, she didn’t want any food, she only managed to eat some puréed fruit in pouches that I had packed with me. I wasn’t worried because I knew she’d make up for it once we got there.

After all my singing and entertaining, we finally landed. Passport control and baggage reclaim was easy for us and soon we were being greeted by our family! Luckily the journey home wouldn’t be a solo event…. I’ll have my hubby to help.